The opening chapters of the book of Numbers, particularly chapters 1-10, can be aptly thought of as a "Wilderness Survival Guide." In these chapters God, through Moses, seeks to prepare the Israelites for their journey from Mt. Sinai to the Promised Land. They will be traveling through a great wilderness. Indeed, today, the Sinai desert remains one of the most desolate places on earth. The people will be confronted by a variety of challenges: a lack of food and water, the unbearable heat, enemies and opposing armies, and, most certainly, their own doubts and fears. To traverse this wilderness, the people will need to remain strong, they will need to trust that God will see them through and make their way prosper.

In these chapters, God commands Moses to conduct a census of the people. Not all of the people are to be counted, only the men of Israel who are 20 years old or more and "who are able to serve in the army" (1.3). Moses' task, then, is to count soldiers! The implication: to successfully navigate the wilderness, the Israelites will need to be prepared to fight. War was a distinct possibility, rather inevitability, along the journey ahead, and the Israelites must be prepared to fight.

As the trides are being counted, Reuben is listen first, because he was the firstborn son of Jacob (Israel). Yet, in chapter 2, God orders that the tribe of Judah is to lead the nation on its march and is to have the favored position in the camp. Judah was the fourth son of Israel, yet he is given this position of prominence. Why? Reuben had sinned against his father in a very shameful way (Genesis 49.3-4), and Simeon and Levi (the second and third sons, respectively) had sinned, too, and were curced by their father for their great anger (Gen. 49.5-7). But, Judah had been blessed by Jacob (Gen. 49.8-12).

The implication for Israel: to successfully navigate the wilderness, the people would need competent and faithful leadership. The importance of leadership cannot be downplayed. Leaders keep a people focused and motivated. They are to serve as examples worthy to be followed.

In Numbers 2, the order for the encampment and marching is given. Three tribes were put to the east, three to the west, three to the north, and three to the south. Where was the tribe of Levi and the Tabernacle to be positioned? They were to be placed in the center of the camp (Num. 2.17). Why? Consider your home. Where do you place your valuable property? Usually, you have them locked away, secured in some manner. So, we find another strategy for navigating the wilderness: there is a great need to protect what is sacred. Those things that produce spiritual growth need to be kept close to heart and mind. Great care needs to be taken in regards to the environments one places themselves, of the activities in which are engaged, and of whose company is kept. These can be so quick to corrupt, so care needs to be taken in protecting what is sacred.

Where would God be when the people camped and when they set out to march? God's presence was at the center of the nation as they camped and before them as they marched. In Exodus 13.21-22, it is said, "By day the Lord went ahead of them in a pillar of cloud to guide them on their way and by night in a pillar of fire to give them light, so that they could travel by day or night. neither the pillar of cloud by day nor the pillar of fire by night left its place in front of the people." The implication for the journey through the wilderness: to successuly complete the journey, God's strengthening presence was a necessity. Despite their large numbers (an army of 600,000!), the people needed God to overcome the dangers that would threaten them and to fight the battles that certainly awaited them. Without God going before them, they would quickly become lost and overwhelmed (and chapters 11-25 of Numbers are a testament to this).

As we live in the wilderness (and our sokourne on earth is like a wilderness journey), we must employ these strategies learned from the first two chapters of Numbers: (1) we need to be prepared to fight, for we will face enemies in this life; (2) we need competent and faithful leadership to teach us and motivate us and lead us by their example; (3) we need to protect what is sacred, taking care of that which produces spiritual growth and strength, and avoiding those influences that corrupt; and (4) we need God's abiding and stengthening presence, for we cannot complete the journey without him.
Posted by Jeff Foster at 10:52 AM 1 comment: 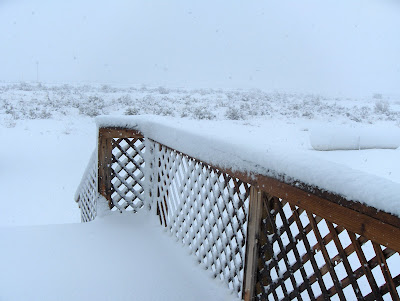 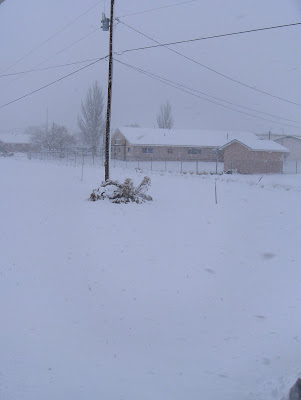 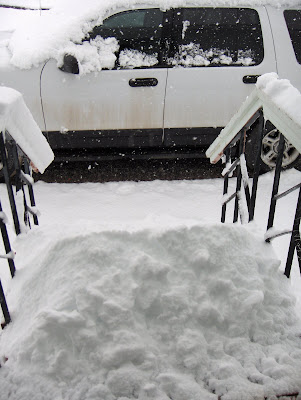