You find yourself in a set of circumstances you wish were different: the choices are (A) to be disappointed and bitter, or (B) to grin and bear it. Most seem to choose (A), but (B) is certainly the choice of character.

I played football for Lubbock Christian School from the 7th grade through the 12th grade. Early into that first season, I was pegged as a lineman . . . much to my chagrin. I wanted to be a running back. But, the coaches assigned me to the offensive and defensive lines, and that is where I played six seasons. I had some success as a lineman (in between some awful performances), but all the time I longed to be a running back. I wasn't all that bitter, but I did allow the circumstance of not being in the position I wanted to inhibit the effort I gave the position I was assigned. In other words, I was half-hearted in my play as a lineman, and was a rather mediocre player because of it. To this day, I wonder how good I could have been had I played with more enthusiasm.

How much productivity is lost because we are moping around over some disappointment or perceived slight? How many good experiences are forfeited because we are pouting over something that did not go our way? How much potential goes unrealized because are wishing to be somewhere else or doing something different?

Grin and bear it. Not a faint smile, but a genuine optimism that carries us through all situations and accompanying us through moments good and bad. It is the attitude of Paul when he wrote in Philippians 4.12-13: "I know both how to have a little, and I know how to have a lot. In any and all circumstances I have learned the secret of being content--whether well-fed or hungry, whether in abundance or in need. I am able to do all thing through Him who strengthens me."

Let us begin each day with a smile on our face and keep that smile until the day draws to a close. Let us remember that each day is a blessing, filled with opportunity. Let us face each challenge and engage in every task with enthusiasm . . . with the attitude, "I will do my best, give my best, be the best I can be."
Posted by Jeff Foster at 10:29 PM 1 comment:

Life Is Full of Opportunities

The story is told of a young man who wished to marry a farmer’s beautiful daughter. He went to the farmer to ask for his blessing. The farmer looked him over and said, “Son, go stand out in that field and I’m going to release three bulls, one at a time. If you can catch the tail of any of the three bulls, you can marry my daughter.”

The young man stood in the pasture awaiting the first bull. The barn door opened and out rant the biggest, meanest-looking bull he had ever seen. He decided that one of the next bulls had to be a better choice than this one, so he ran over to the side and let the bull pass through the pasture out the back gate.

The barn door opened again. Unbelievable. He had never seen anything so big and fierce in his life. It stood, pawing the ground, grunting, slinging slobber, eyeing him. Whatever the next bull was like, it had to be a better choice than this one. He ran to the fence and let the bull pass through the pasture, out the back gate.

The door opened a third time. A smile came across his face. This was the weakest, scrawniest little bull he had ever seen. Here was his opportunity! As the bull came running by, he positioned himself just right and jumped at the exact moment. He grabbed . . . but the bull had no tail!

Life if full of opportunities. Some will be easy to take advantage of, some will be difficult. But, once we let them pass (often in hopes of something better), those opportunities may never again be available.

Consider the words of Paul: “Continue praying, keeping alert, and always thinking God. Also, pray for us that God will give us an opportunity to tell people his message” (Col. 4.2-3). “Therefore, as we have opportunity , let us do good to all, especially to those who are of the household of faith” (Gal. 6.10).

Take advantage of the doors God opens for you today!
Posted by Jeff Foster at 11:42 PM No comments: 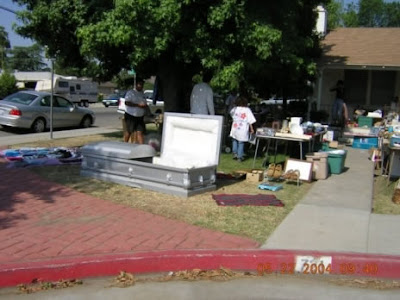 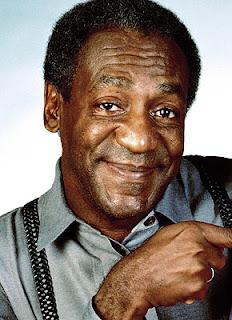 This week, as I have thought about what to say today about fathers, I've considered the future and wondered how those in centuries from now would evaluate the idea of fatherhood held by people of our generation.

Anthropology is the study of peoples and societies, particularly of the past, and is a discipline that often looks to art, music and literature from the time period in question to get a bearing on the practices and values of the time. In the future, as anthropologists look back to our time, it is quite likely that they will consider the various entertainment mediums prevalent today to gain an understanding of our time . . . analyzing venues such as television, movies, and popular music. If their subjects are fathers and fatherhood, what sort of images will come out of the media of today?

The television shows of our day portray fathers of different sorts. I grew up with the likes of Ben Cartwright, Andy Taylor, Mike Brady and Cliff Huxtable . . . mostly, positive portrayals of fathers . . . but what is the most iconic image of a father in today’s television? Is it Homer Simpson? The dad from That 70's Show? George Lopez? Dan Conner? Hannah Montana’s father? Short of news and sports, I don’t watch too much TV these days, but I could not think of many, if any, positive father-figures in TV shows on today. Can you?

There’s an interesting, but troubling, parallel from 20 years ago. In 1989, the year after I graduated from high school, The Cosby Show was the top rated show on television, but it was nearing its end run. At the same time, another show was introduced to TV, The Simpsons. A startling contrast was offered . . . Cliff Huxtable verses Homer Simpson. The former: hard-working, disciplined, conscientious, an involved and loving father, the epitome of a good and wise dad . . . the later: clueless, foul-mouthed, undisciplined, a lout, and though present in the home, an altogether poor father. I’ve wondered: which TV father has had the greater impact on society’s understanding of fatherhood? Which one will have the longer-lasting legacy?
Posted by Jeff Foster at 2:47 PM 1 comment:

Greatest Coaches of All Time

In honor of John Wooden, the Sporting News has published this list of the greatest coaches of all time. It is difficult for me to argue with any ranking, except on the basis of sentimentality. I would have listed Tom Landry as #3 or #4, and would have put Joe Paterno as the top-ranked college football coach. I would have also put Phil Jackson a bit lower on the list, but would still rank him very high on the list, and would put Tony LaRussa MUCH higher than #41. I would also have included Mack Brown, urban meyer, and perhaps Bob Stoops on the list, as well as larry Brown (but, I'm not sure who I would put off the list to make room for them).