What Is a Home?

(I found this wonderful statement in a 40-year old publication of the Manuelito Navajo Children's Home. It was authored by Ernestine Schuman-Heink.)


It is the laughter of children, the song of a mother, the strength of a father. Warmth of loving hearts, light from happy eyes, kindness, loyalty, comradeship.


Home is first school and first church of young ones, where they learn what is right, what is good, and what is kind. Where they go for comfort when they are hurt or sick. Where joy is shared and sorrow eased. Where fathers and mothers are respected and loved. Where children are wanted. Where the simplest food is good enough for kings because it is earned. Where money is not so important as loving kindness. Where even the teakettle sings from happiness.
That is home. God bless it.
Posted by Jeff Foster at 3:49 PM 1 comment:

Note: I published this article on my blog back in 2007, but tumbled across it again this morning. It is worthy of a reprinting. It is entitled, "Excellent Rules to Promote Harmony Among Church Members." I am not certain of the author, and it is obviously quite dated (considering the language), but the points are good.

Forty years have passed since man first stepped foot on the moon. I watched various retrospectives that aired over the past few days and was very moved by the remembrances. What a great moment in history that was, rivaled by few others

I got to thinking . . . what other notable anniversaries are happening in 2009?

And, if they had lived to 2009, these people would have celebrated some special birthdays:

And, 2009 is a special milestone year for me personally. 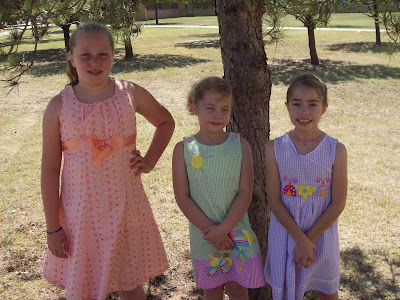 If I could just get them to smile at the same time!
Posted by Jeff Foster at 4:49 PM 1 comment:

The Streak Ends at 32

32 summers! For the past 32 summers I spent at least one week at a Christian youth camp. During many of those summers it was several weeks spent at camp. This summer, the streak has come to an end.

Last September, I decided that I needed a break from summer camp, a sabbatical of sorts. I wasn't burned out on camping, I just needed to recharge my batteries a bit. So, I resigned as one of the directors at Four Corners Encampment in Colorado and decided that the summer of 2009 would be camp free.

I've done o-kay with the decision up until this week. This is the week I'm usually cramming to get everything ready for my camp session on the Dolores River . . . they'll start on Sunday without me. I imagine that by Wednesday, when I am sitting in the 100+ degree heat in Lubbock, Texas, I will be missing the cool Rocky Mountain air something terrible . . . and, more than that, all of the fun of camp.

Christian summer camping has been such a large and important part of my life. I still remember the day I showed up at Boiling Springs Youth Camp near Woodward, Oklahoma as a 7-year old first-time camper. My grandparents were counselors and teachers at that camp and for 5 summers it was the highlight of my year. BSYC began my love affair with everything "camp" . . . a passion that would grow as I spent time at Camp Blue Haven, Black Mesa Bible Camp, White River Youth Camp, Camp Followin', Pine Springs Youth Camp, Christian Camp of the Rockies, Quartz Mountain Christian Camp, and Four Corners Encampment.

In less than a month from now I will be making another move. I'm moving back to Lubbock, Texas. I will continue my public relations and development work for Manuelito Navajo Children's Home, but will be living in Lubbock. The MNCH board has been gracious to allow me this living arrangement, a situation that will benefit both the Home and myself.

Of first benefit: I will be much closer to my three beautiful daughters (30 miles as opposed to 470). The past two years of being so far apart from them has been difficult. The choice to be separated by such a large distance was neither mine nor theirs, and we have tried to make the best of it, but I need to be closer to them, and the mechanics for this have now become possible.

Of second benefit: my travel for MNCH will be made much easier and cost-effective. Gallup, New Mexico, where MNCH is based is a rather isolated place, especially in relation to the churches that provide our primary basis for support. Most of my travel for the Home takes me east into Texas and other states, places where Churches of Christ are strongest and most numerous. From Lubbock, trips to speak to churches about MNCH can be made into day trips and weekend excursions, whereas now, from Gallup, they are often 2-3 week journeys.

So, it seems, this new arrangement will be a best of both worlds for myself and MNCH. Although, I absolutely love living in Gallup and being apart of the daily life here at MNCH and with the Gallup Church of Christ. I will be returning fairly often (once a month, or so), but those visits will not be the same as living here. However, one of the lessons I've learned in life is that life is filled with transitions and changes. Nothing ever really remains the same.

I'm still looking for an apartment or small house/duplex to rent in Lubbock. I'm looking for something that is rather modest with enough space to accommodate myself and my daughters . . . and enough space for my books! I am a recovering preacher, after all, and my library is one of the few precious possessions I have. I'll also be working from home, so I need to accommodate an office.

And, now, I begin the work of packing up my house here in Gallup. I've done this many times in my life, too many times. Anybody want to help? :-)
Posted by Jeff Foster at 1:24 PM 1 comment: 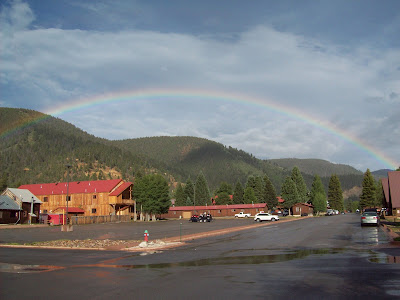 I attended the Red River River Family Encampment this past week. It was my first time to be there, and I thoroughly enjoyed my time there. I made a number of good conatcts for Manuelito Navajo Children's Home. I was blessed to see many old and dear friends and to meet many new people. The classes, speakers, and periods of worship were great. I look forward to returning next summer.

This was the 23rd year for RRFE. During those first 22 years, I had heard many good things about the encampment and had always wanted to attend, but something always seemed to preclude my going. What a blessing it was to finally be able to go.
Posted by Jeff Foster at 3:05 PM 1 comment: