You find yourself in a set of circumstances you wish were different: the choices are (A) to be dissappointed and bitter, or (B) to grin and bear it. Most seem to choose (A), but (B) is certainly the choice of character.

I played football for Lubbock Christian School from the 7th grade through the 12th grade. Early into that first season, I was pegged as a lineman . . . much to my chagrin. I wanted to be a running back. But, the coaches assigned me to the offensive and defensize lines, and that is where I played six seasons. I had some success as a lineman (in between some awful performances), but all the time I longed to be a running back. I wasn't all that bitter, but I did allow the circumstance of not being in the position I wanted to inhibit the effort I gave the position I was assigned. In other words, I was half-hearted in my play as a lineman, and was a rather mediocre player because of it. To this day, I wonder how good I could have been had I played with more enthusiasm.

How much productivity is lost because we are moping around over some dissapointment or perceived slight? How many good experiences are forfeited because we are pouting over something that did not go our way? How much potential goes unrealized because are wishing to be somewhere else or doing something different?

Grin and bear it. Not a faint smile, but a geunine optimism that carries us through all situations and accompanying us through moments good and bad. It is the attitude of Paul when he wrote in Philippians 4.12-13: "I know both how to have a little, and I know how to have a lot. In any and all crcumstances I have larned the secret of being content--whether well-fed or hungry, whether in abundance or in need. I am able to do all thing through Him who strengthens me."

Let us begin each day with a smile on our face and keep that smile until the day draws to a close. Let us remember that each day is a blessing, filled with opportunity. Let us face each challenge and engage in every task with enthusiasm . . . with the attitude, "I will do my best, give my best, be the best I can be."
Posted by Jeff Foster at 2:22 PM 1 comment:

Which Way Is North?

I am spending a few days in Abilene, Texas. I love this city, but despite the dozens upon dozens of visits I have made here over the years I become totally disoriented every time I drive through town. The layout of Abilene confuses me, much more than any other place I have been. I'm not certain why that is, Abilene is a small city, and I easily navigate my way around large cities like Phoenix, Houston, and L.A.

Will you be near Clarendon, Texas this weekend? If so, make plans to drop by the American Indian Missions Conference being hosted by the Clarendon Church of Christ. It begins on Friday evening and will continue all day on Saturday.

During the evenings this week, I have been catching up on some of the new movies in theaters. Here's my report card. 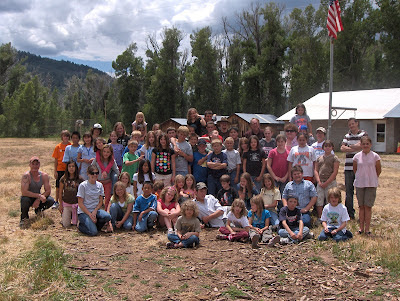 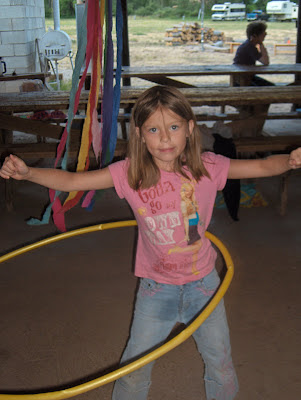 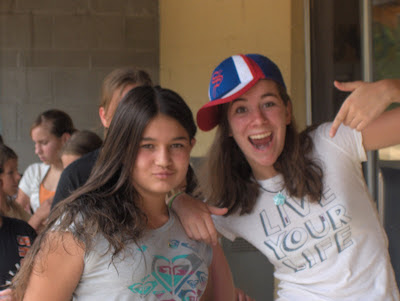 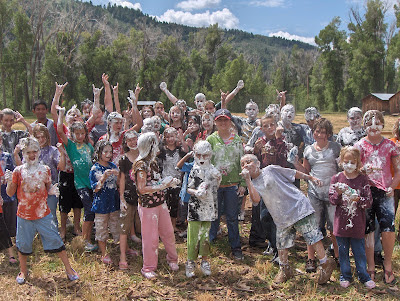 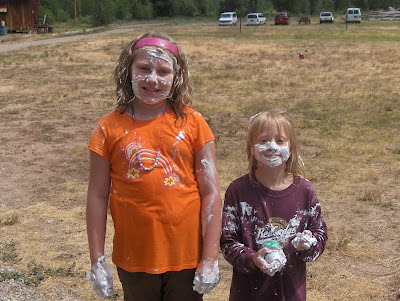 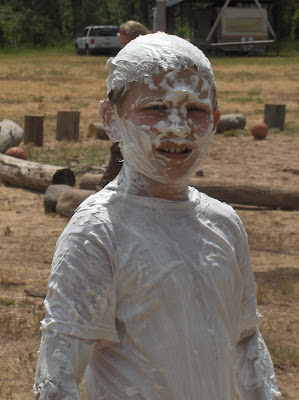 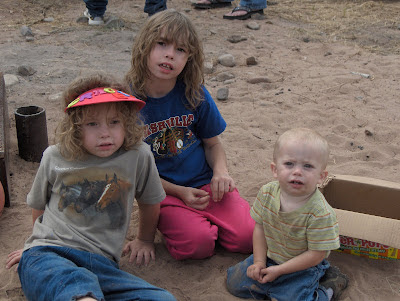 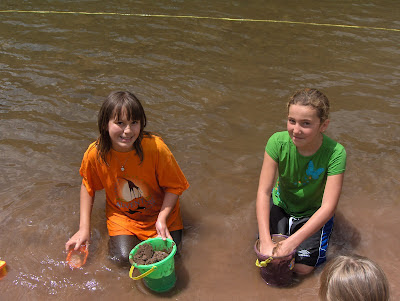 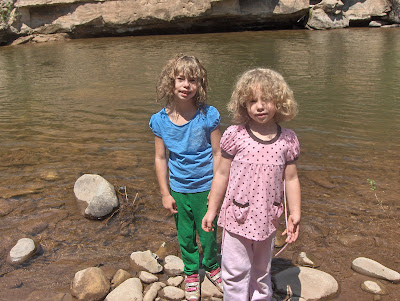 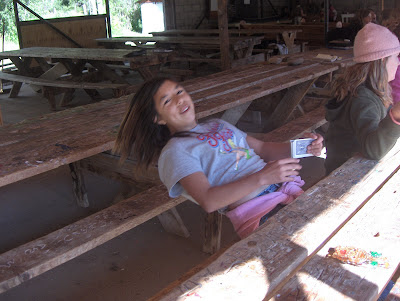 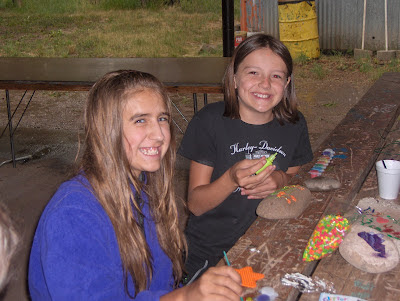 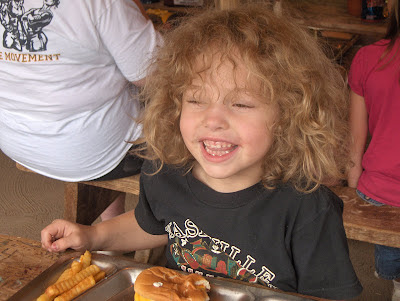 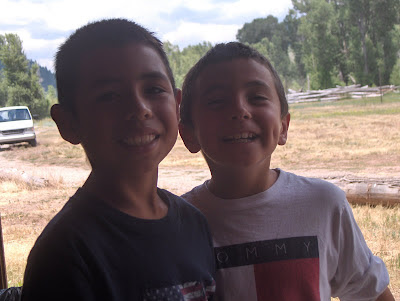 This was somewhere in the neighborhood of my 115th session of camp attended as a camper, counselor, teacher, or director. As I mentioned a couple of weeks ago, I look forward to camp all year round, and my fervor for camp hasn't diminished after this latest installment. I am noticing, however, that my 38 years of age makes it a little tougher to keep the late nights and early morning and nearly non-stop action of a week at camp. There was a time in my life where I spent 10 straight weeks of camp each summer at Camp Blue Haven. After this past week, I'm fairly certain I'm not cut out for that anymore, but I did survive this latest session fairly intact. Of course, a weekend of catching up on some sleep has helped :-).

As I have directed camps at Four Corners Encampment for the past four summers, I have been blessed with some terrific staff members. I have had to rely increasingly on older teenagers and college students to fill my ranks of cabin leaders (counselors), but I am always left quite impressed with the caliber of young men and women who come to serve in these capacities. My deep appreciation goes out to Lindsey, Anna, Nathan, Charley, Jordan, Will, and, of course, to the "adults" who helped out, as well, including Lacy, Tyson, Bill and Jackie, and Francie. Nathan and Lindsey have been with me for each of the four summers I have directed camps at FCE; I can't imagine doing camp without them. Oh, and the cooking at camp was again superb . . . thanks to Jack and Janelle and crew. Not every camp has a bonafied Professional Chef as camp cook, but FCE is blessed!

The campers were terrific, as always. This session was special for me, because my eldest daughter, Elizabeth, was a camper for the first time. Boy, am I getting old!!! And, two campers have now attended all four summers with me at FCE, Jared and Rhea . . . next summer, both will be able to serve on staff . . . how neat.

I will be posting pictures soon . . . here and on the camp website. But, for now, it's some sleep and a trip to Arlington, Texas tomorrow. I will be attending the Global Missions Conference and presenting the Manuelito Navajo Children's Home display. My girls and I also plan on some fun at Six Flags and the Ft. Worth Zoo.
Posted by Jeff Foster at 10:43 PM 2 comments: 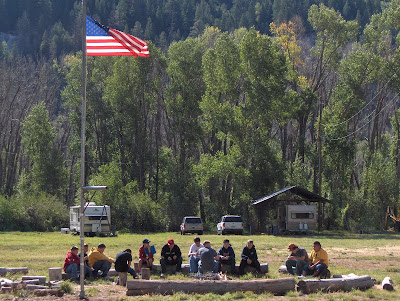 My blogging activity has been reduced to a trickle over the past couple of weeks, hopefully I can resume a steady stream before too long, but . . . my favorite activity of the year has arrived . . . CAMP! The session I direct at Four Corners Encampment begins on Sunday.
I am excited, but also somewhat apprehensive about camp. I am excited because (A) I always get excited about camp, and (B) my session should a little larger than in past years, because we have combined our first two sessions into one week (so, I will have campers, ages 9 through 14 . . . my favorite age range for camp). I am apprehensive because (A) my work and travels for the Manuelito Home have left me little time to prepare for Camp, and (B) I am not certain who all will make up my staff (but, this concern is there every year, because FCE is fairly remote and the pool to draw a staff from is limited). Concerns aside, though, I am eagerly awaiting Sunday and have no doubts that a great week will unfold.
Posted by Jeff Foster at 1:12 PM 1 comment: