In the Steps of the Pioneer

Christopher Columbus is certainly one of the giants of history. Others had come to the shores of the Americas in the centuries before he set sail in 1492, but Columbus is the one we recognize as the pioneer whose "discovery" led to the great exodus to the New World. It was the cision and determination of this famed explorer that helped expel the fears, superstitions, and limited thinking of the Middle Ages.

A pioneer is someone who leads a people or a nation or a world to a new place, whether it be a land, knowledge, or identity. Pioneers go where no one has tread before and opens up trails and vistas and realities that were only dreamed of before their labors. Pioneers make possible that which was once dismissed as impossible. Where would the world be without the likes of Christopher Columbus?

Jesus is called a pioneer by the writer of Hebrews. The title is first given to Jesus in chapter 2 or this great book along with a quotation from Psalm 8.

Psalm 8 speaks of mankind with very lofty terms--God says that man is the pinnacle of his creation, he has "crowned them (mankind) with glory and honor" (v. 5). Yet, the reality of the moment is much different: this glorious image of man has become tarnished by sin, and man is not now what God made him to be at the beginning.

The point made by the Hebrew writer is that Jesus is a pioneer in the sense that he has, through his atonement, restored faithful mankind to the glorious beings God created. Jesus, in his labor, has shown us the way to our Father. He has trod the path. Jesus, in his coming, dying, and raising, has opened up for us a new trail and vista and reality. let us follow our Pioneer to the grand and glorious New World that stands before us.
Posted by Jeff Foster at 11:47 AM 2 comments: 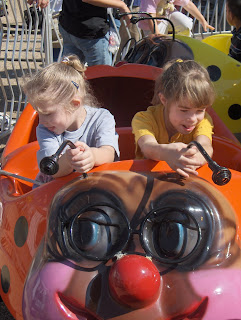 Perhaps you have read this before. I am unsure of the author, but it is profound.

Is Your "Fish" In Clear View? 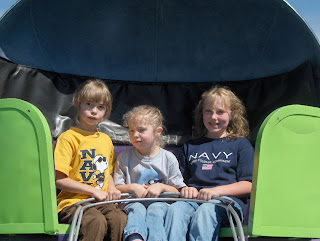 Recently, I was asked about the significance of the "fish symbol." You know to what IU am referring, the simple outline of a fish you see displayed on car bumpers, clothing, bookmarks, and the like.

The symbol of the fish was a mark or sign employed by early Christians. These believers, especially during times of state persecution, were often hesitant to let their Christian identity be publicly known and employed a variety of methods to "reveal" themselves to fellow Christian borthers and sisters in a discreet manner. One method was the use of the "fish symbol," and it was employed in a number of ways, including as embroidery on one's clothing, a symbol painted or affixed to one's dwelling, and a mark placed so as to direct worshippers to a secret assembly place.
The choice of the fish as a Christian symbol was not without meaning. The Greek word for fish, ichthus, was used as an acrostic. Each letter from the word signified a title: the iota ("I") stood for Iesous, or "Jesus"; the chi ("Ch") stood for Christos, or "Christ"; the theta ("Th") stood for Theos, or "God"; the upsilon ("U") stood for Huios, or "Son"; and the sigma ("S") stood for Soter, or "Savior." So together, the acrostic formed a simple creedal statement: "Jesus Christ, God's Son and Savior."
Today the display of the "fish symbol" has lost its significance for many. It has become a decorative piece more than an icon. The fear of violent persecution is not present, at least in this country, and so men and women fo faith are not as fearful to let the world know their mark--to pronounce that they bear the name of Christ. Times have changed: instead of a fish symbol discreetly sketched into the bark of a tree, we are able to erect a noticeable sign on the curb of our public property.
However, have the times really changed that much? Do many not seek to hide their Christian identity, not purposely to avoid persecution, but to purposely avoid embarrassment? How many people live their lives "for God" one or two days a week only to devote the balance of the week "for self"? Certainly, by many, the identity of Christ is hidden from co-workers, fellow students, and family members; it is tucked away so others will not laugh, be offended, or exclude one from "fun." And the Christian name is checked at the door so as to allow one to "live it up" and "let loose" without the burden of a guilty conscience.
I hope that we can sing the lyrics of Isaac Watts with the passion they are due; "I'm not ashamed to own my Lord, nor to defend his cause; maintain the honors of his Word, the glory of his cross."
Posted by Jeff Foster at 4:55 PM 1 comment:

Dads, Are We Serious? 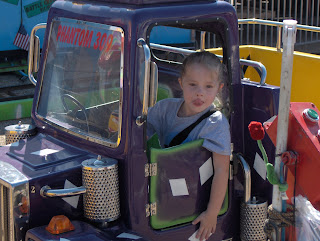 It is factual to say that most churches are made up of more women than men, usually by a ration of close to two to one. This has certainly been the trend for the past 50 years, and perhaps for much longer. Women, by and large, are more spiritually-inclined and more committed to Christian duty than their male counterparts.

God, however, primarily entrusted men with the role of spiritual leadership in the household. It was to fathers that Moses, speaking the words of God, said, "Hear, O Israel: Yahweh is our God, Yahweh alone. You shall love Yahweh your God with all your heart, and with all your soul, and with all your might. Keep these words that I am commanding you today in your heart. Recite them to your children and talk about them when you are at home and when you are away, when you lied down and when you arise. Beind them as a sign on your hand, fix them as an emblem on your forehead, and write them on the doorposts of your house and on your gates" (Deuteronomy 6.6-9).

These words form the Shema, a constant reminder of God's soverienty and one's personal commitment to God, and of the father's obligation to instruct his children to honor God and his law. The Rabbis taught that these words were to be recited by husbands and fathers with the evening prayers at the close of each day, and again with the morning prayers at the dawning of each new day. The importance of religious instruction in the household was not to be dismissed.

Today, many men have dismissed their obligation to provide spiritual leadership in the household. Religious instruction is left to wives and mothers, or to ministers and teachers. And, we wonder why so many have forsaken God and why our culture has become so corrupt and evil.

Fathers, it is said by sociologists that we have the greatest influence over the spiritual development of your children. The children of a father who dismisses church involvement and spiritual disciplines are much more likely to forsake such values, themselves, when they reach adulthood. These findings represent no trend, but are founded upon God's creative order. husbands and fathers, God has given us a responsibility. Have we taken it seriously.
Posted by Jeff Foster at 1:17 PM 1 comment:

A Parent Is Much More Than a Friend 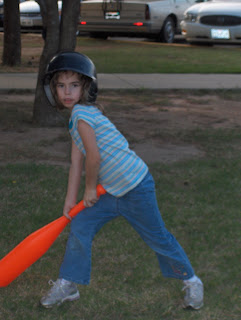 A headline in a recent U. S. A. Today newspaper was sobering. It declared, "20% say they used drugs with their mom or dad." Even more troubling, seven percent of this sampling said that they began to use drugs with one or both of their parents before the age of ten years. The accompanying article explained that the primary reason some parents use drugs with their kids is a "misguided attempt to bond" with their children. Other reasons include a desire to create a "safe-environment" for the "inevitable" drug usage of teenagers and a feeling by some parents that drug usage is not wrong or harmful if controlled and moderated.

In an attempt to identify with their children and to be seen as a friend--a "cool" friend"--parents are enabling drug use by their children. The trend is actually an "over-correction" of the perceived failed concept of traditional parenting, the arrangment where the parent-child relationship is built on well-defined roles and authority, rules and boundaries. For many who came of age in the late 1960s and early 1970s, traditional parenting seen as repressive and detached, and many have developed a new sense of parenting, one built on the concepts of friendship and repressiveness. But one drug-treatment counselor has wisely commented, "Parents who want to jump into the playpen don't help kids" (Mitchel Rosenthall in the U. S. A. Today).

We must not forget that God designed parenting, and he built the model of well-defined roles and authority, rules and boundaries. The book of Proverbs speaks often of God's advice to parents and children. In one significant passage we are told, "My child, keep your father's commandment, and do not forsake your mother's teaching. Bind them upon your heart always; tie them around your neck. When you walk, they will lead you; when you lie down, they will watch over you; and when you awake, they will talk with you. For the commandment is a lamp and the teaching a light, and the reproofs of discipline are the way of life, to preserve you from the wife of another, from the smooth tongue of the adulteress" (Proverbs 6.20-24).

Parents, take seriously your responsibility to teach and direct, discipline and set straight. Parenting is not just about friendship and being "liked" by your kids. If children simply needed playmates and not guardians and mentors, God would have brought them into this world surrounded by peers . . . into the life of the party. But God, in his infinite wisdom and according to his eternal plan, brought your child into this world to be seen firt and foremost by you and your spouse. Children need direction and care and not just days filled with fun.
Posted by Jeff Foster at 12:53 PM 1 comment: